The Many Nuances of Chronic Lyme Disease (Part 1)

Lyme disease was first identified in 1975 when doctors in Lyme, Connecticut, noted a marked presentation of atypical arthritic symptoms in local children. The cause of illness in these children was initially unknown but by 1977, the black-legged tick (Ixodes scapularis; also known as the deer tick) was linked to transmission of the mysterious infection causing this disease. It wasn’t until 1982 that Willy Burgdorfer, PhD, discovered the bacterium responsible for the infection: the spirochete, Borrelia burgdorferi, which is a relative to the spirochete bacterium that causes syphilis.

Lyme is the most common vector-borne disease (a disease transmitted by mosquitoes, ticks, or fleas) in the United States. According to the CDC, there are now over 400,000 estimated new cases of Lyme disease reported in the United States each year — and that number appears to be growing based on insurance records of Lyme diagnoses.

The hallmark of an acute Lyme infection is a bulls-eye rash (erythema migrans) but is not seen in all cases of Lyme infection. If an erythema migrans rash is not identified, doctors will often rely on the patient's recollection of a tick bite — which is not always known. In fact, according to this study less than 20% of children with Lyme disease remember being bitten by a tick.

In addition to the erythema migrans rash, the acute symptoms of Lyme disease include flu-like symptoms with fever, chills, headache, stiff neck, achiness, and fatigue. As doctors, we are trained to look for these common signs and symptoms when there is a high likelihood that the patient has been exposed to Eastern blacklegged ticks. We are also trained to first rule out the possibility that other illnesses may be causing the symptoms — and when in doubt, to rely on the results of laboratory testing: specifically, two-step testing with two positive results via western blot or an enzyme immunoassay (EIA).

When diagnosed with acute Lyme disease, the treatment protocol involves the immediate administration of antibiotics — generally, doxycycline — and then the patient is considered cured. But what happens if your healing doesn’t end there? Or what if the acute illness was missed?  If you are reading this blog, it is likely that your health journey (or that of a loved one) did not end at this juncture. That is why Ravel Health exists — it is our mission to relentlessly pursue integrative healing for patients suffering from Lyme Disease and its co-infections, mold & other complex chronic illnesses. 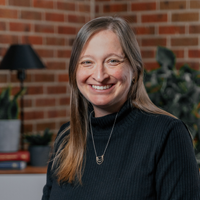